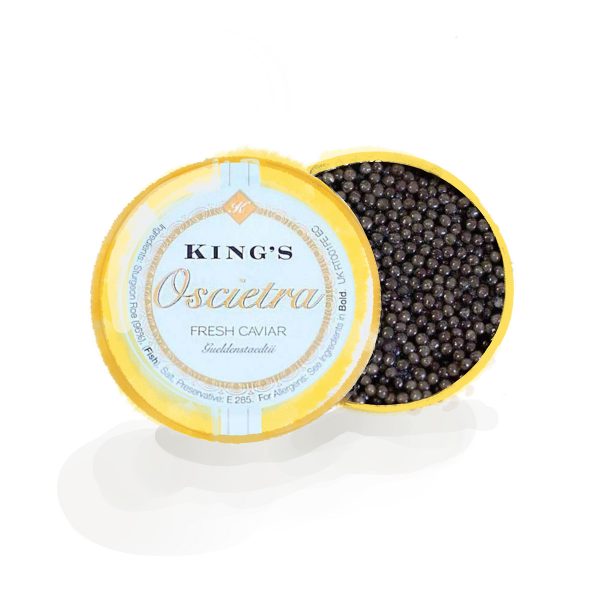 Oscietra sturgeon produce their eggs after 8 years. With a beautiful golden/brown colour, they have a nutty, mellow taste, which develops into a buttery sweetness, similar to lobster & Crustacean. Historically the egg is smaller than Beluga, but with increased farming, the egg size can sometimes be almost as large as its mighty cousin.